The U.S. Food and Drug Administration (FDA) has recently announced accelerated approval for Leqembi (lecanemab-irmb) for the treatment of Alzheimer’s disease. Following Aduhelm, it’s the second-ever monoclonal antibody therapy to receive FDA approval for Alzheimer’s disease. Both were produced by the same pharmaceutical companies, and both received Fast Track, Priority Review, and Breakthrough Therapy designations.

Monoclonal antibodies, like lecanemab, target beta-amyloid protein plaques that build up in the brain during Alzheimer’s. This is a newer and somewhat controversial approach in the search for a cure for Alzheimer’s disease. Previous drugs have been designed to treat the symptoms of Alzheimer’s, such as brain fog, confusion, and memory problems.

In 2022, researchers at Biogen and Eisai, the pharmaceutical companies that produced Leqembi, published the results of a phase 3 clinical trial called Clarity-AD in The New England Journal of Medicine. The results showed that lecanemab produced a clear yet modest clinical benefit in people in the early stages of Alzheimer’s.

Compared with a placebo, the drug slowed the rate of cognitive decline by 27% over 18 months in a study of nearly 1,800 people in the early stages of Alzheimer’s. Study participants scored about half a point better on a zero-to-18-point scale of mental functioning, a slight but statistically significant difference. Some experts say this may not be enough of an improvement for family members to notice a difference or enough to allow for greater independence.

However, it did have an increased number of adverse events, such as swelling or bleeding in the brain, for one in five participants. People also reported symptoms, including headaches, visual disturbances, and confusion. But most side effects are reported as “mild to moderate.” The treatment has also been linked to two deaths, in people that were on blood-thinning medications.

Certain conditions may increase the likelihood of adverse effects, including the presence of two copies of ApoE4, or the “Alzheimer’s Gene,” as well as a condition called cerebral amyloid angiopathy (CAA), which affects up to 80 percent of those with living with Alzheimer’s disease. Anti-amyloid antibodies weaken the blood vessels, making them susceptible to hemorrhage.

The study was limited by a short time frame and some participants being aware of the trial-group assignments. It also only included a narrow demographic. Despite this, the results are significant and show that lecanemab may provide cognitive and functional benefits for those with early Alzheimer’s. While the studies are promising, further testing will be needed before we have a clear picture of its efficacy.

Now that the FDA has approved lecanemab, doctors will be able to prescribe it. However, due to it’s complicated production and the fact that it must be administered by a specialist through a spinal infusion, it will only be accessible to those in major metropolitan areas or research universities.

Insurers have yet to decide whether and how to cover it but are likely to only cover the drug for people like those in the study, and it’s still a question whether Medicare will cover it.

Aduhelm, the similar drug produced by the same companies, was marred by controversy over its effectiveness and over the FDA’s Fast Track approval despite the advice of the agency’s own outside experts. The FDA did not consult the same expert panel before approving lecanemab, but some skepticism still remains in the medical field.

Despite the hurdles and challenges, people impacted by the effects of Alzheimer’s disease are eagerly anticipating these advances. 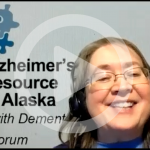