[My sister] could relax into the charade and simply be with my mother through the process, validating Mom’s decisions and actions rather than “correcting” them. The reduced conflict was beneficial to Mom, and the lessened stress was a boon to my sister.

My mother always kept the checkbook and ran the household accounts while she raised her family and through my parents’ retirement years. She continued to manage her money after my father died.

As Alzheimer’s claimed its terrible price, she continued to control her checkbook with my sister’s assistance. My sister was added as a signatory to the account, given a financial power of attorney (POA) and took over the task of supervising the account.

Then, her anxiety over my mother’s financial vulnerability skyrocketed.

She noticed things like the increasing number of checks voided out because of errors Mom made in writing out the sum. There were suspect purchases. Checks were written out of sequence.

Mom studied and worried and perseverated over that checking account throughout the mild stage and into the moderate stage of her disease. She captured my sister in ceaseless conversations about her money. She spoke to me on the phone for hours about her frustration with my sister’s intrusion into her financial privacy.

Our family eventually arrived at a solution to the problems surrounding Mom’s money obsession.

Rather than staggering from one problem or battle to the next, a depleting process that occupied far too many months, the phony checkbook was born. My sister took a box of checks from a closed account, checks bearing my mother’s name, address, and proper bank. Only the account number differed, and the sequence of checks. She substituted the dummy checks for the negotiable ones and started a new register with my mother’s accurate current balance.

Immediately, this accomplished one important benefit. The checkbook wars between my sister and my mother ended. Now, my sister could pay the bills, reconcile the account, and keep Mom’s financial house in order – all offsite and online at my sister’s house rather than at my mother’s kitchen table.

A huge charade ensued – all of my mother’s experience of managing the checking account remained the same: receiving the bills into her home, sitting down with my sister to write the checks and enter them into the register, recording her Social Security and other deposits.

The difference was that my sister was no longer striving for accuracy. She could relax into the charade and simply be with my mother through the process, validating Mom’s decisions and actions rather than “correcting” them. The reduced conflict was beneficial to Mom, and the lessened stress was a boon to my sister. Perseverating over money and the checkbook was much less noticeable in our daily phone calls.

This simple decision – to substitute checks from a dormant account for the real McCoys – eliminated a trigger for upsets.

When my mother moved across the country to live with me, her faux checkbook came along. We continued the practice my sister established without deviation.

There were fewer entries; she was not running a household any longer. Yet every month there were regular deposits recorded, and checks written.

My mother continued to benefit from her familiar role of controlling her own money.

My mother accepted the fact that Alaska stores would not take her “out-of-town checks” and didn’t try to tender them. Instead, she used cash or let me pay. If the latter, she wrote me a reimbursement check from her phony account.

It pleased her that she continued to control her own checking account.

The only problem we had with this system occurred in the first month Mom lived with us. She’d written me a dummy check to reimburse me for an expense. I left the check on my working table, only to be discovered by my husband – a kind soul who works hard in a financial institution. He saved me the effort of having to deposit the check, taking it with him one day. I received the call from the bank later, informing me that this check wasn’t legal tender.

I’d overlooked sharing the chronicle of the fake checking account with him!

My mother continued to benefit from her familiar role of controlling her own money, even though she would concede that she needed my help. She magnanimously said, “Honey, you can look at my book any time you want.” She was secure. Her accessible money, safe.

And there was an armistice in the checkbook wars.

This article appears courtesy of the author, Pamela R. Kelley, who originally wrote it for Alzheimer’s Reading Room, where it originally appeared. 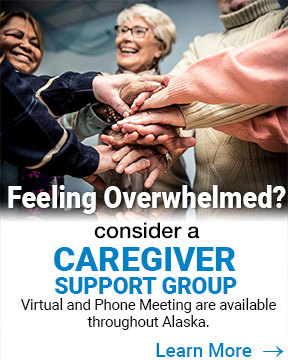